At the Ottawa convention in 2012, I sat in on one of Yumiko's demos, and I made it a priority to get to at least one of hers at this convention.

One extra bit of excitement, she also signed up for Patrizia's seminar (which took place after the convention was over), so we got to know each other a bit. Such a wonderful lady! So nice, I certainly hope to meet her again.

She has been teaching herself English for several years, and is very good, and she finds English sarcasm hilarious and interesting, since Japanese don't have an equivalent. She was also thrilled at my (extremely poor) bit of Japanese, and taught us to NEVER say 'cheers' in Italian at a Japanese restaurant since 'chinchin' means something... entirely inappropriate in Japanese, especially to be yelling out in public...

Yumiko has been studying with several masters of Japanese style painting.

Something which I found strange is a big cultural difference between North America/Western and Japan. In Japan, the masters hoard their knowledge... they don't teach any but the most worthy, so many ancient Japanese techniques are dying out with the masters.

Yumiko is one of the very few students to inherit many of these amazing techniques, and is very eager to share them. She has a website and a blog.

For this particular demo, I only took two pictures! (bad me) but that was because Yumiko is so excited to share these traditional techniques, that for most of the demo, all those attending got to paint with her supplies and with her brush, which, if you're used to using regular paintbrushes, switching to calligraphy-style brushes is quite a change... and even the paint is a really different consistency since it's water-based, but mixed with glue.

These are the traditional paints for the Kutani style... the paint is actually made with glass, so in the second picture, you can see how it looks when it's fired. So different from what you'd expect.

The colours are really interesting too... you grind them (I think she ground each for 5-10 minutes each) with a small round-bottomed grinder (the blurry white thing in her hand) each time you use them. The colour she's working on (the grey) I think was either bright blue, or bright purple. The orange paint in the first picture actually fires a beautiful yellow (see in second picture) 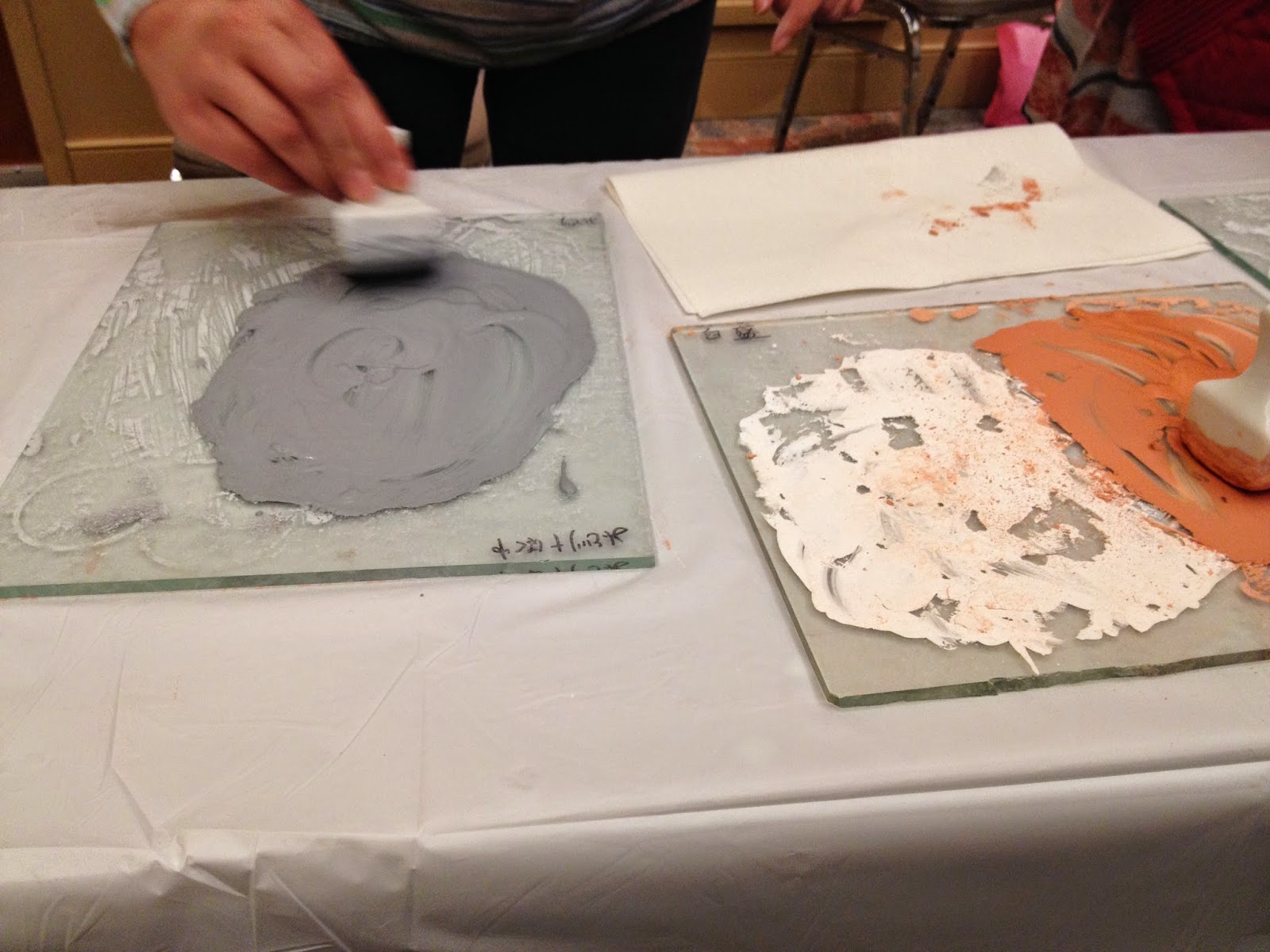 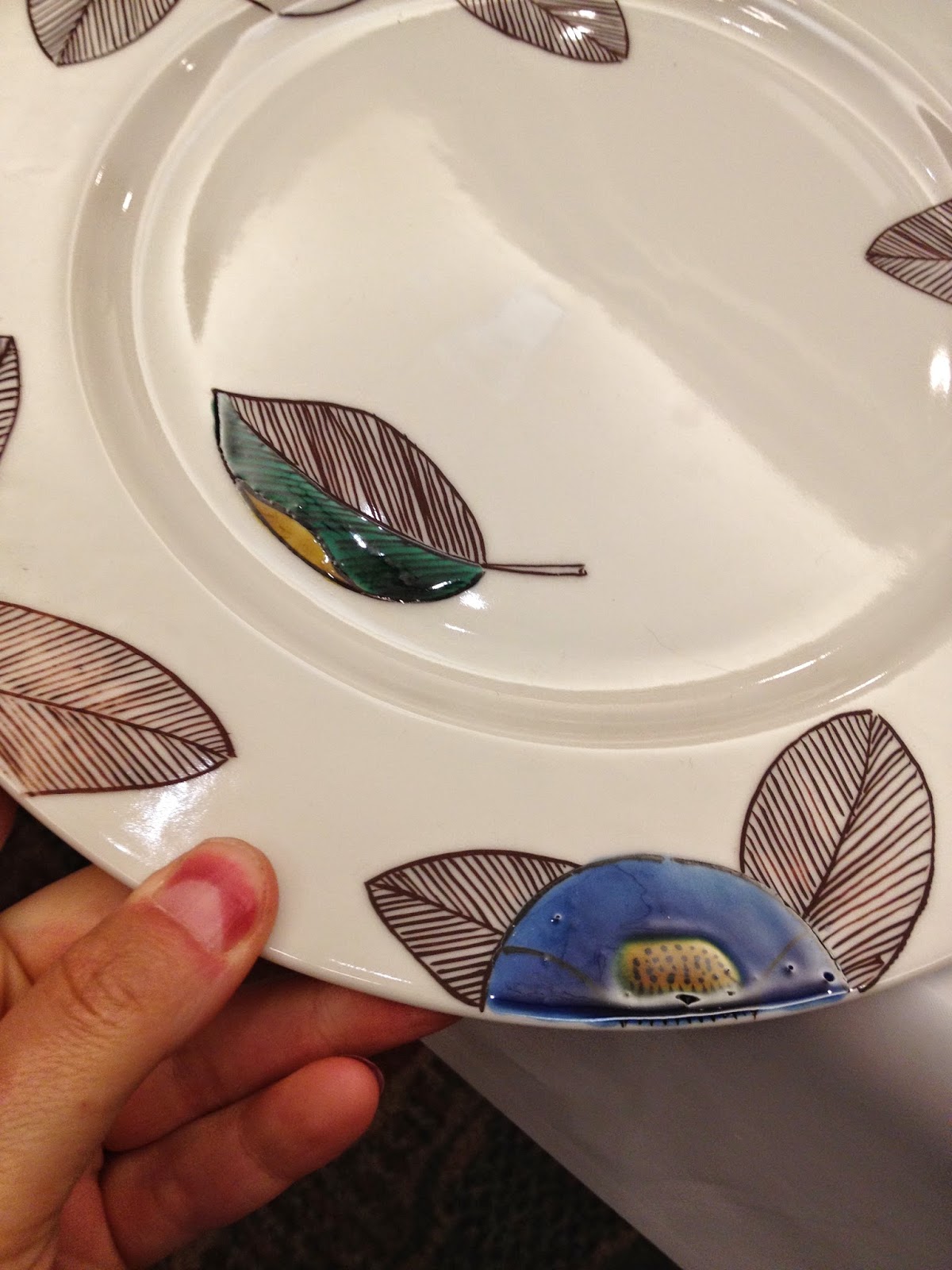