Okay, so I may not be a crazy cat lady, but I will admit to being a bit of a crazy orchid lover.

At last count, I THINK I have 43 orchids, but that number isn't exact because often, in a couple of larger pots, I've got 5 or 6 separate plants.

Another reason I'm not 100% sure is, after I moved from Kits to Langley, I actually deposited my orchids at my parent's place, which are taking up prime real estate on their many windowsills. The suite I'm currently in is a basement suite, so it doesn't have very good light.

They don't mind because when I drop by to re-pot, fertilize or water my orchids, I take care of my mom's orchids as well. She only has about 10 or so, and most of hers are the very easy to take care of & familiar phalaenopsis orchids: 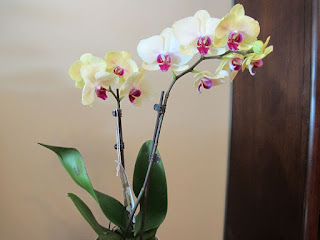 Since I'm at home, I'm just pulling pictures off the web of plants similar to ones I own. Most of my orchids are not blooming right now, they're putting all their energy into growing new pseudobulbs (yes, I'll explain that term).

Phalaenopsis are great because the blooms can last a couple months, if you take care of it. Also, they come in many colours and are relatively cheap ($10-$30).

But I don't really love them for one reason: they aren't scented.

Also, they seem to get mealy bug really easily and, once it's in there, it's pretty near impossible to get rid of since they crawl down into the crown of the leaves, and then they infest your other plants.

The orchids I buy are mostly scented ones, but I also have a very good sense of smell, so sometimes I can pick up a perfume on an orchid that others can't.

Here are a few of the scented types of orchids that I have:

Cattleya's are my favourites, all the images I pulled off the web are all similar to ones I have: 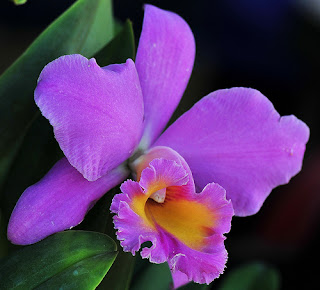 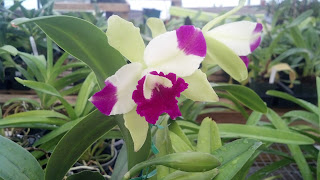 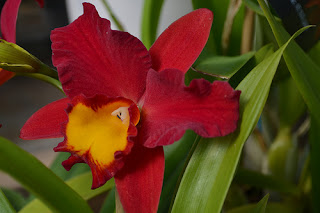 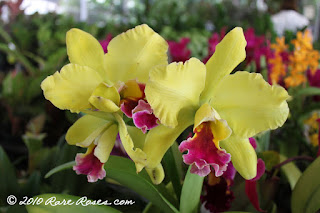 They either come in the big, single bloom (can be 8" in diameter!), or have multiple smaller flowers (like, 4" each) on one pseudobulb. They all smell heavenly, and all different from spicy to sweet.


I also like oncidium varieties, but a lot of people can't smell these, or find the scent very light. The flowers can be a spray of multiple tiny (less than 1") flowers, like this one (which smells like honey): 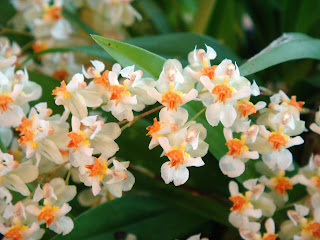 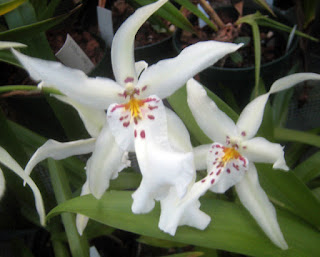 And come in a multiple of sizes, shapes, and colours. Some smell spicy, some sweet, and some even smell a little like chocolate. 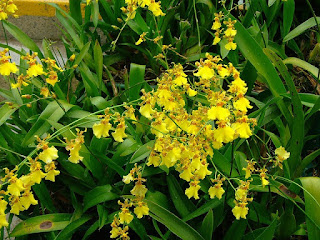 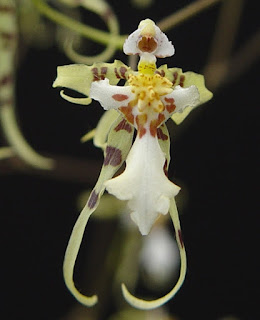 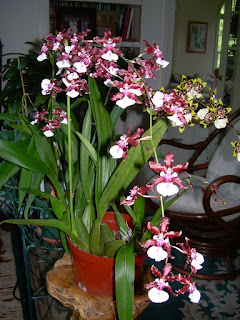 Also, most people don't know this, but the vanilla bean plant (where we get vanilla) is actually from the orchid family: 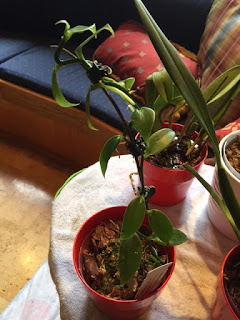 There are many other kinds of orchids, and I have a few of them, like: 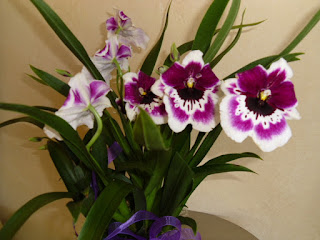 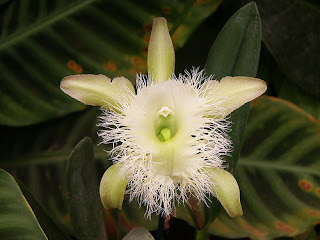 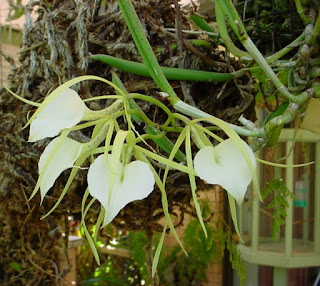 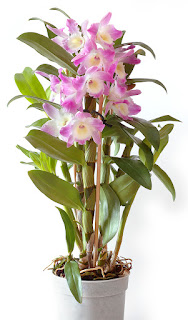 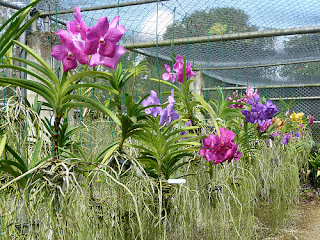 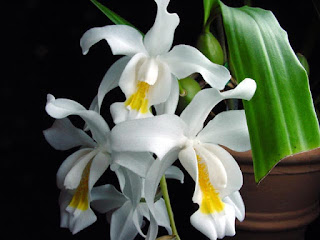 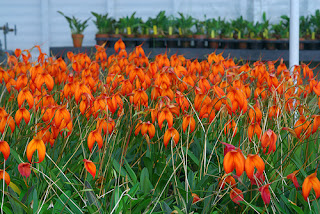 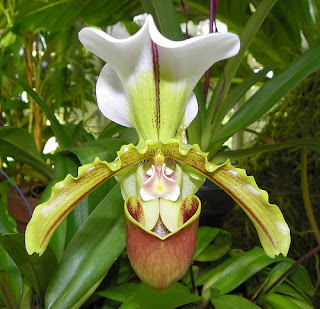 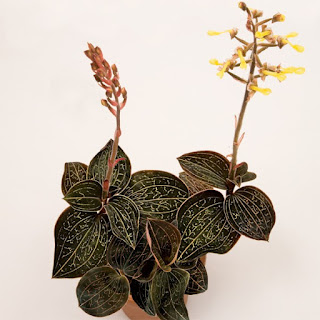 Email ThisBlogThis!Share to TwitterShare to FacebookShare to Pinterest
Labels: Orchids